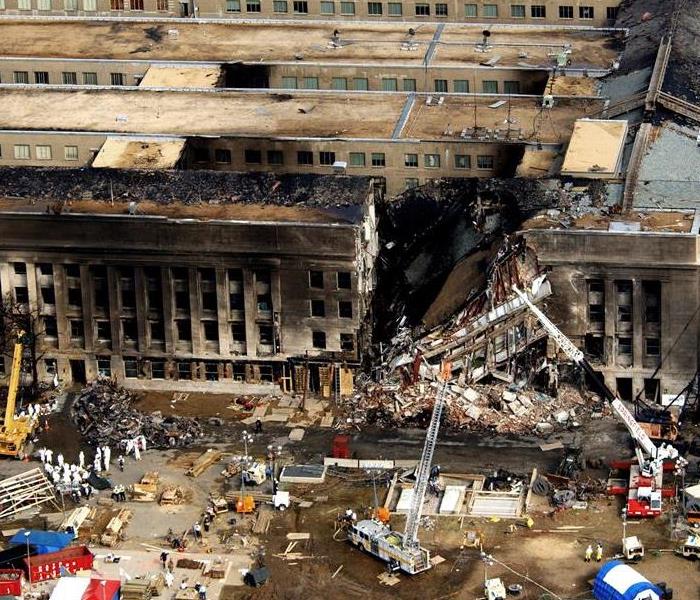 September 11 attack on The Pentagon.

Did you know that SERVPRO Franchise Professionals played a huge role in cleanup and restoration of the September 11, 2001 attacks at the Pentagon?

On September 11, 2001 the hijacking of American Airlines Flight 77 hit the Pentagon damaging the first floor and the parking lot. There were many losses and emotions that day – SERVPRO Franchise Professionals was asked to help clean and restore the first floor. Within 90 days SERVPRO was able to complete the restoration process that involved dried 300,000 square feet of water and fire damage.