Mitigation and Containment at Jersey Mikes 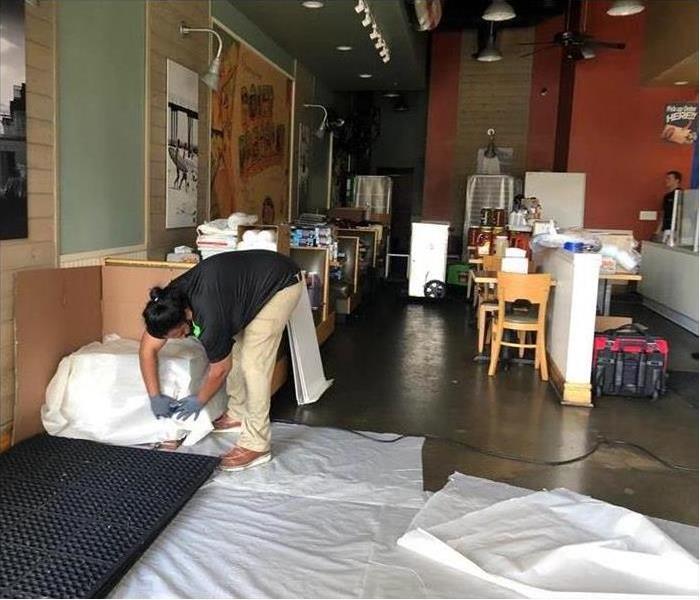 Our Tech, Samson, prepping for some demo!

When this Jersey Mike's began to see water pour in from their neighboring business. They knew exactly who to call.

The dentist next door had a fire sprinkler go off for an hour before anyone noticed, and by then it was too late!

Upon arrival, our technicians began to calm the employees and the owner of the Jersey Mike's and explain to them what was going to proceed. Jersey Mike's has endured a water leak had occurred; the drying process needed to occur immediately before further damage.

Within a few hours a large percentage of the damage was mitigated, and our technicians began the process known as containment. They started by ensuring that all chairs and tables where covered, so no unwanted debris would be found laying around.

SERVPRO of San Diego East was there just in time so no further damage was caused and now the Jersey Mikes and jump back into business!